What Does it Mean to Let Go? Quotes and Stories to Facilitate Ease and Clarity 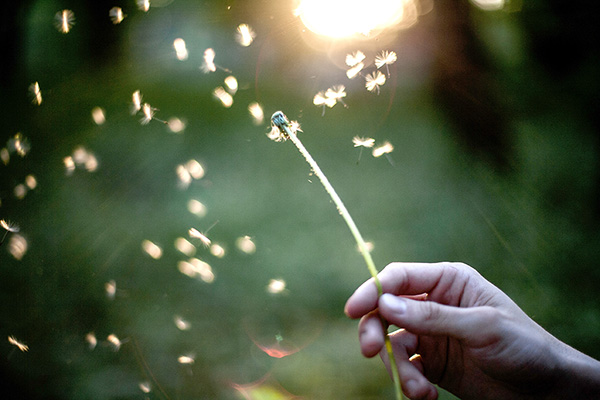 Addressing The Fear of the Unknown

It seems one of the things I’m being asked to let go of is fear. Fear of the unknown. Fear that the “new normal” – if that’s what we want to call it – won’t be as easy or enjoyable. Fear that I’ll burn myself out trying to uphold all my responsibilities.

Maybe there are grains of truth in my current line of thinking.

But, what if like the monkey, I’m simply holding on too tightly to rigid ideas or conclusive stories that are creating more anxiety and limiting my freedom, or perspective.

Mark Twain said it best, “I’ve suffered a great many catastrophes, only a few of which actually happened.”

I could keep going down the path of imagining all the worst-case scenarios about the future: Being stuck at home with limited social interaction into the next year, the kids regressing on their schooling, not having enough support or time to myself, losing my mind, you get the picture.

Or, I could stop and see this wily thought train for what it is and begin to gently let it go.

Since most of us don’t purposely spin fear-based stories about the future, it’s good to slow down and consciously examine what we’re telling ourselves from time to time.

It’s also wise to broaden your perspective. For example, instead of limiting your thoughts to all the things that could go wrong, what if you also asked, “What am I hoping for or what do I want?” If it feels authentic, you could even ask, “What would happen if the next few months went as well as they possibly could – for me, my family, or the world at large?”

At least this way, you’re consciously considering both sides of the coin!

Being gentle with yourself around matters of letting go is of utmost importance.

Bob Stahl, one of my first mindfulness mentors, described letting go as a way to “let things be as they are.” For example, if you’re feeling afraid of the unknown or angry about the sudden loss of a job or routine, the invitation is to give yourself permission to feel how you do. Not fighting with reality, or judging yourself for reacting a certain way, is a doorway to greater ease, self-compassion, and emotional resilience.

Lao Tzu said, “Stir muddy water, and it will stay cloudy. Leave it alone, it will become clear. Let the stream flow and it will find its way. Stop chasing contentment, and it will come to you.”

What would it be like heed this wisdom and  let go of effort or control, at least from time to time?

I recommend starting where it’s easy. For example, notice the sensation of letting go that happens on an outbreath or the release of your large back muscles as you lie down.

Without making it one more thing you have to do, simply notice where letting go happens naturally and intuitively. Then, as much as you’re able, appreciate the sweet release.