The Ties That Bind: How Creating Community Leads to Well Being 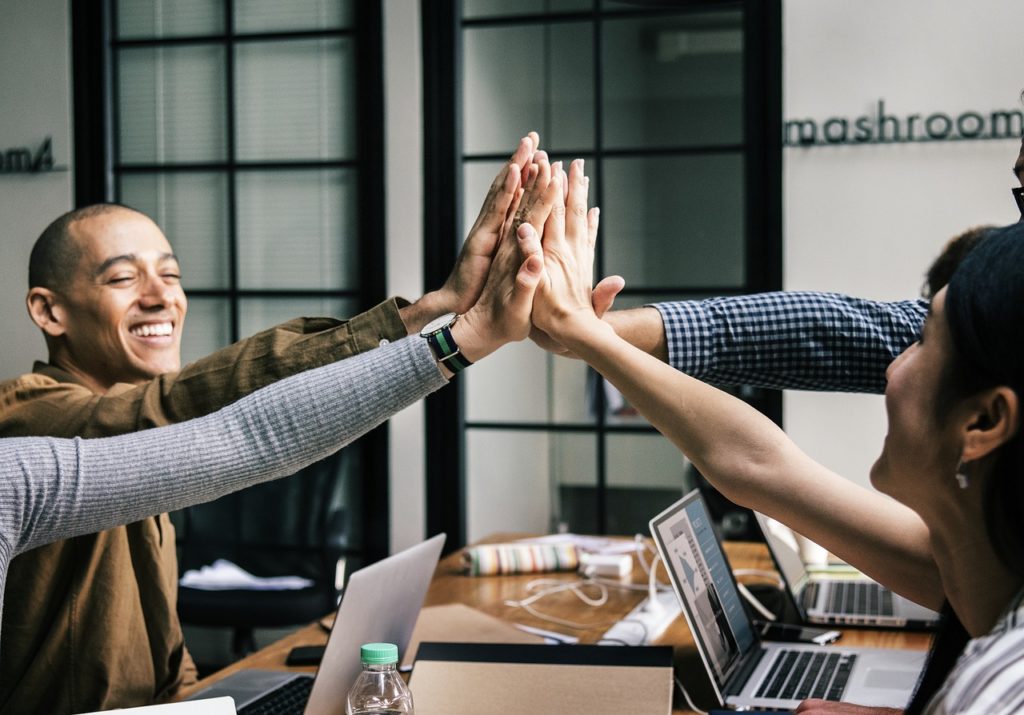 The other day I walked across the street and knocked on the door of a neighbor I don’t know well to ask her over for a friendly game of ping-pong. Her partner had recently died after a long battle with cancer and I thought she might like the company. It was a small act of kindness and community.

It also was something that, embarrassingly, I had to remind myself to do. It’s so easy these days to keep to ourselves – busy with work and family and continually entertained by our devices. So much so, that we often forget we live in neighborhoods amongst others. None of us are the better for it, though.

For decades, sociologists have been concerned about the decline of community and, more recently, the epidemic rise of loneliness in the U.S.

Ask yourself: Do you go to PTA meetings or neighborhood block parties? Are you part of a civic organization or maybe a book club? Do you vote?

If you answered “no” to any of those questions you’re like many of us who no longer have the inclination to be part of our communities. And that’s a problem.

Years ago Harvard University Professor Robert Putnam wrote a now-classic book called “Bowling Alone: The Collapse and Revival of American Communities.” In it, Putnam chronicled waning participation in organizations such as Elks Lodges, churches and bowling leagues as well as diminishing voter turnout – all of which began trending downward after World War II.

Today, nearly a third of people say they don’t interact with their neighbors, an increase from fewer than a quarter four decades ago, according to the think tank City Observatory. Meanwhile, societal distrust and divisiveness have increased.

Two years ago, the U.S. Congress held hearings on the state of so-called “social capital” or the health of relationships within American communities to launch research into the causes of the country’s fraying social fabric. Shrinking communities not only have profound effects on individuals, but they also have ramifications for how well government and society in general function.

Connect with yourself, connect with your community. Tune in to the next Mindful Daily and find strength in vulnerability, learn how to build resilience and more.

Above all else, though, a lack of community matters because as human beings we desperately need each other to be mentally, physically and emotionally healthy.

Attending a meeting to find out what’s happening in your neighborhood, volunteering at your local school or even taking a mindfulness class fosters social connection that not only unifies us, but forms the foundation of our well-being.

The Benefits of Community Connection

Researchers from Brigham Young University, for example, analyzed 150 studies that tracked social support and health outcomes among 300,000 people. After combing through the data, researchers concluded that people with strong social ties had a 50% greater chance of survival than those who lacked vibrant social networks. https://magazine.byu.edu/article/social-life-longer-life/

Having robust social connections is as beneficial for long-term survival as quitting a 15-cigarette a day smoking habit, study authors concluded.

Camaraderie is important for acclimating back into civilian life. Reconnect with yourself through mindfulness by checking out our on-demand program for veterans.

Our desire to belong is, in fact, a primal need. There’s a reason why we evolved in tight-knit tribal communities, which not only helped us survive and propagate, but also brought us joy. And, yet, in our 24-7 culture the need for belonging often gets short shrift as we battle long commutes, work hard and spend more of our leisure time alone and online.

One of the striking things I’ve witnessed teaching mindfulness over the years is the sense of community that forms in my classes. Even in silence, there is connection and belonging. Discussions after periods of practice create bonds among group members that lead to personal insights, friendship and, yes, joy. At the end of a class series, one of the most common laments from students is how much they’ll miss being a part of the group.

It might be easier than you think, however, to build a stronger sense of community. You could, for example, throw a potluck and invite a neighbor that you don’t know. You could take a class and ask a friend to come along. Or you could stand in the back of the room at a PTA meeting and give yourself permission to leave early if you’re too tired.

Of course, all of this takes time, effort and above all, an intention to create community. But by doing so, you might find a few new friends to share in your life. More than that, you might realize that you’re not alone and that you belong.